The 2021 Weingarten Leader of Leaders Award is presented to an outstanding dean, faculty advisor, or state consultant who demonstrates distinguished support and service to nursing students. NSNA school and state constituents may nominate one outstanding individual for the award.  Official NSNA Chapters may nominate Faculty Advisors/Deans/State Consultants for this award.
​Winner
Katheryn Fernandez, Associate Professor
Capital University, Bexley, OH
"Dr. Kathy Fernandez has been the Ohio Student Nurses Association State Consultant since 2015, where she took over a board of directors who were struggling with leadership. Dr. Fernandez not only serves as the state consultant for Ohio, but she is the advisor to the Capital University Student Nurses’ Association, where she has increased involved at the national level and build the association to a higher scale of leadership and professionalism."

The 2021 Isabel Hampton Robb Leadership Award commemorates Saunders' first nursing author, Isabel Adams Hampton. In 1893, Saunders published, Nursing: Its Principles and Practice, by Isabel Adams Hampton (later Isabel Hampton Robb) which may have been the first medical/surgical nursing textbook in the United States. Miss Hampton was superintendent of nurses and principal of the Training School for Nurses at Johns Hopkins Hospital in Baltimore, Maryland when she wrote this important text.

The $1000 cash award is presented to the current or immediate past student nurses' association state president whose leadership characteristics most resemble those of Isabel Hampton Robb. An organizer and visionary leader, Mrs. Robb was well known for her pioneering work in establishing nursing organizations which became the American Nurses’ Association (ANA), the National League for Nursing (NLN), and the International Council of Nursing (ICN).
​*This award is sponsored by Elsevier, proud publisher of Mosby and Saunders Nursing Titles
Winner
Jessica Daynes, President, Utah Student Nurses’ Association​

"Ms. Daynes has been involved with the BYU SNA for the past two years as the Utah State representative. She was elected to the Utah Student Nurses Association Board as the Region I Director last year and the President this year. She has written and was accepted to present a resolution at the NSNA 2020 Conference (which was cancelled due to COVID-19) and has re-submitted it this year for 2021." 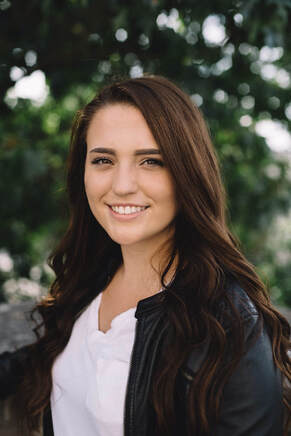